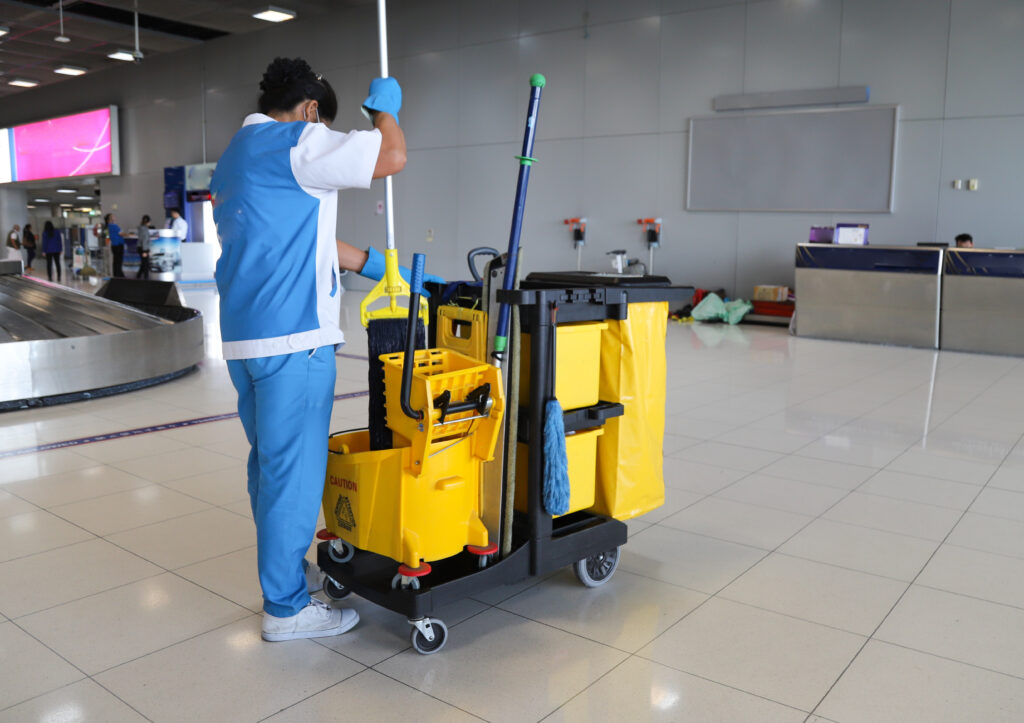 Many people go about their day absorbed in their own world, not considering how their actions affect others. Their dirty deeds done in public, like sticking gum under a restaurant table or letting their toilet paper “barrier” fall to the restroom floor, are quickly forgotten. But the evidence these actions does not disappear. Someone has to clean it up and that someone is generally a janitor.

“Janitors often don’t see people doing the odd things that they do,
they just find the remnants of these weird actions.”

Over 2 million people in the United States are employed as janitors. As of 2022, there are 1,136,663 janitorial services businesses in the US. From churches to locker rooms, you won’t believe what these janitors have had to deal with. Many of these dedicated employers have shared their STRANGEST findings with the public on social media. These are their stories.

What the Church Janitor Found

A long-time janitor at his local church cleans after church services. Occasionally, he would find candy wrappers on the floor and often he would pick up church bulletins left behind by the members. This Sunday after church, he was cleaning under the pews and found something a little more unusual.  Reaching his broom under the pew, he found nail clippings. But it wasn’t fingernail clippings. Someone had sat through church clipping their toenails! Imagine sitting in church and hearing the repetitive clicking sounds of a nail clipper. That’s annoying enough! In this case, the member removed his/her shoes during the church service and proceeded to clips their overgrown toenails. To make matters worse, they left them under the pew.

Another church janitor reported how fun it was to clean church classrooms because “the church goers would leave their notes stuffed in a pew and one day I found a pregnancy test.” 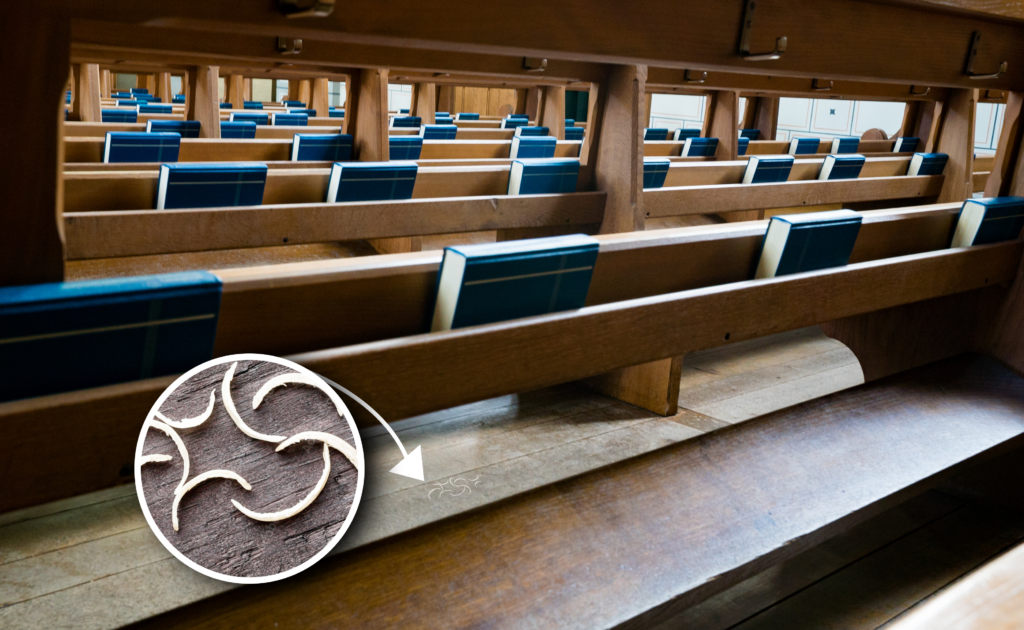 Being an Assistant Janitor can be rough, but not for when you work for the Head Janitor at this school. 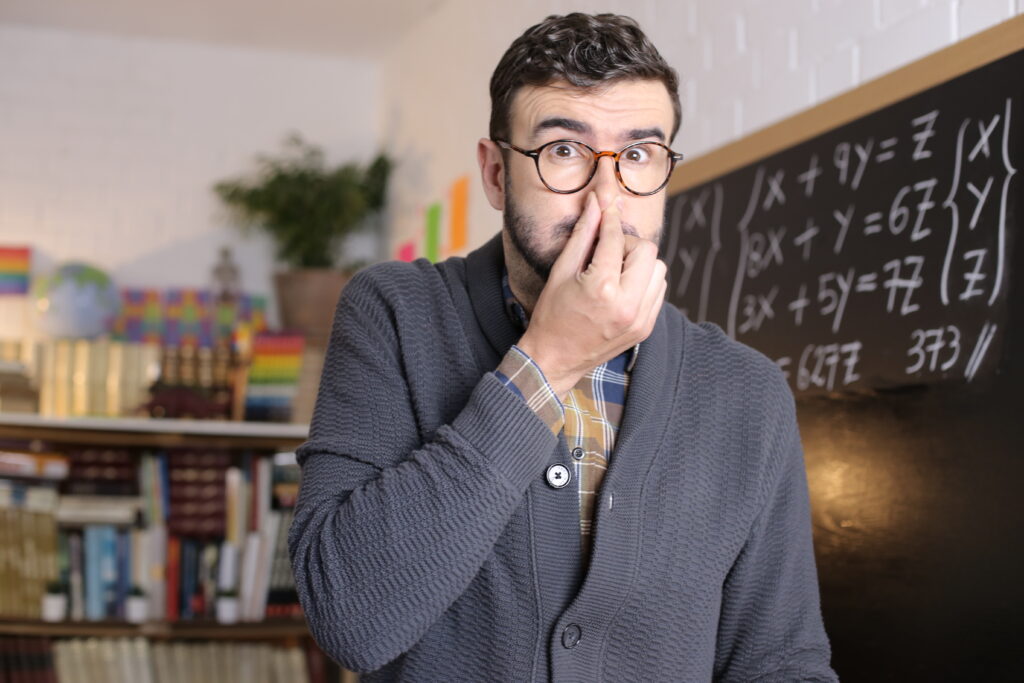 “So I took the assistant janitor job, and had to go around helping empty trash cans, mop in the cafeteria, and other boring stuff. About half way through on a Monday I was told to go help  with ‘dripping from the ceiling and foul odor‘ in the special needs classroom. We go inside and the first thing I notice is clearly this rancid smell, like sour milk, sweaty socks, sickly sweet fruit and something that just stuck in the back of your throat…the ceiling tile in the corner of the room had this gross looking green/brown stain in it and was sagging a bit. The Janitor tries to lift the corner with a mop handle and the sagging ceiling tile collapses, dumping it’s contents down onto the desk beneath. It looked like someone had been stashing their lunch up there for who knows how long, but several sandwich baggies full of putrid deli meat and moldy bread along with gobs of what I’m going to assume was macaroni salad, and rotten oranges burst open over the desk, chair and floor. The smell was beyond vile, and had me throwing up in the trash can seconds after it all came down and I got a good look, and clear whiff of it. Thankfully the janitor was nice enough to excuse me from the clean up and have me go around emptying trash cans in other classrooms.”

How did this student successfully stuff lunch into the ceiling day after day without being caught? There’s always something interesting to learn in school!

Hazards of Being a College Dorm Janitor

Freshmen college dorms can be a wild place. Living away from home for the first time, many college freshmen take advantage of their new found freedom, at the expense of the janitors. You can imagine what they janitors have to clean up!

The mini-fridges were a nightmare. Finding them unplugged and full of rotten food two months after the students moved out was common for one janitor in San Diego.

“The most ridiculous and nerve-wracking was an entire, carpeted, wing on a freshman men’s floor covered in broken brown glass. The boys decided to forego the deposit on their cases of beer to enjoy the evening smashing empty contents of several of them on the cinderblock corridor walls. Every square inch of the hallway carpet was covered in glass shards no larger than a half-inch.”

Another college dorm janitor spoke of the positives, like when the students move out they tend to abandon their perfectly good belongings. This janitor took advantage of the left behind furniture and redesigned his own apartment. He also found interesting items in the dumpster, such as: 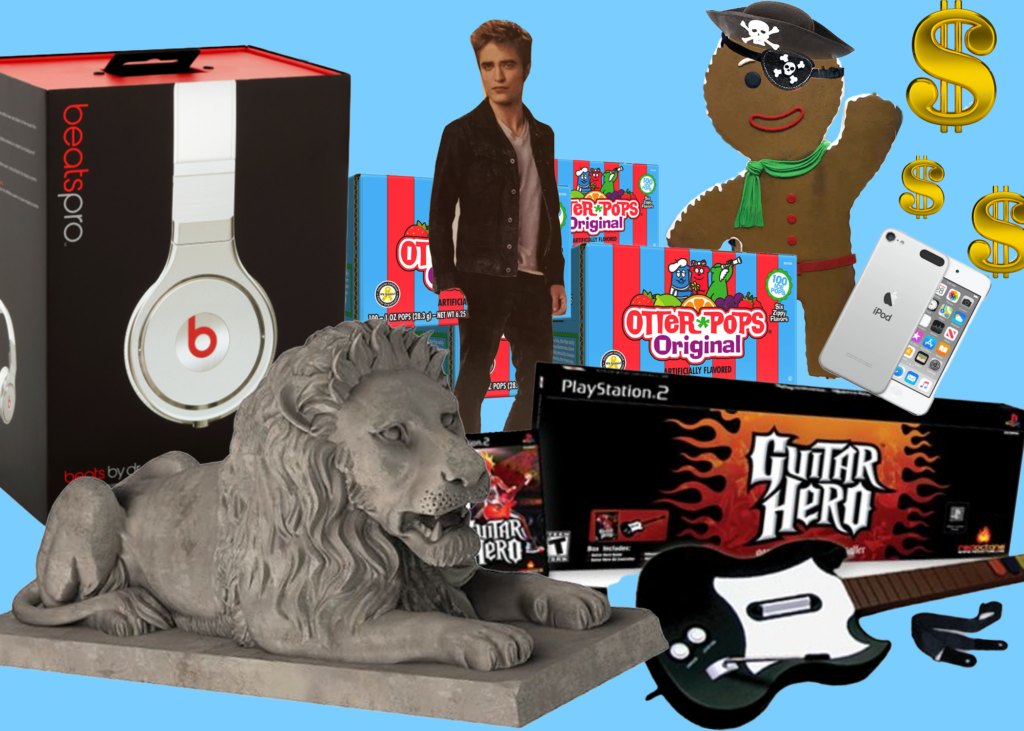 “I have been a janitor at a high school for 20 years. You see kids come in lost at a new campus and in about 2 weeks the find their groove. What I like the most is you get to see them grow and up graduate, One skinny kid left after graduation and went in the military came to visit me and was fully ripped . I did not recognize him. Seniors say the will never forget me when I sign their yearbooks. You have some knuckle heads but mostly kids are kind and generous to me.”

Cleaning crews in civic centers get to witness lots of exciting events, from rock concerts to sci-fi conventions. The janitors sometimes get to see their favorite athletes or celebries up close and personal. They have unfettered access to exclusive VIP clubhouses and off-limits areas. However, after the event the janitors have a huge mess to clean up. The drinks, cups, half-eaten food, it all has to be cleaned. 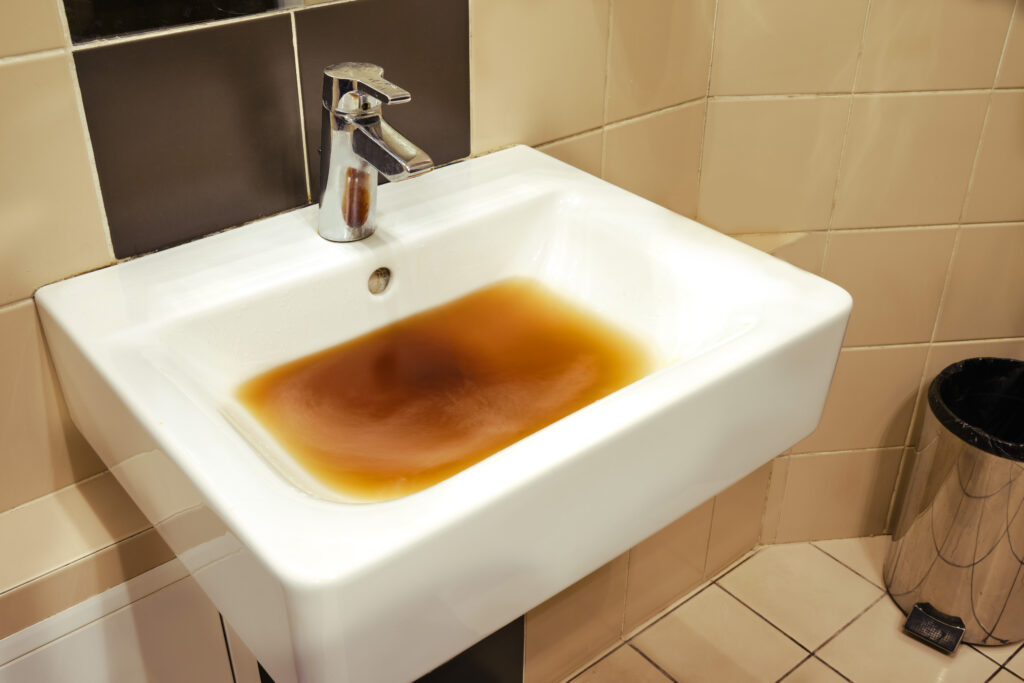 One day after a large event, a civic center janitor was cleaning the women’s restroom and found an unexpected horror. Someone had stuffed a used feminine hygiene product down the sink drain. Not flushed down the toilet, not left on the floor, but stuffed down the sink!

In hospitals, Environmental Services Departments are tasked with keeping our hospitals clean and disinfected. A big part of their job is to prevent the spread of infection throughout the hospital. It’s an incredibly important job. The work they do is vital to the public health. As you would imagine, hospital housekeepers and janitors see no shortage of 🩸 and 💩.

The janitor may also have the responsibility of cleaning up hazardous spills. Hospital janitors are trained professionals when it comes to cleaning materials used to disinfect and sanitize areas.

A hospital janitor shared on Reddit that he had to clean up after maggot therapy. The practice of maggot therapy is based on observations that wounds naturally infested with maggots (wound myiasis) often are free of infection and debris. Maggot therapy is becoming increasingly established as an option for the debridement and treatment of sloughy, necrotic wounds.

Unless you’ve worked in a hospital or as a janitor, you’d probably never think twice about who has to clean up the maggot mess after treatment, but someone’s gotta do it.

“You quickly get used cleaning up what is generally considered gross because it’s no big deal and at the end of the day you wash up. It prepared me for a lifetime of being the go to guy when when the toilet is plugged, the drain is stopped or the kids are sick, or we have a huge mess like a flood or something and we need to figure out where to start, what to do-that may not be the greatest endorsement but guess what? There is value in those skills.”

These hard working individuals are often the only reason that you can come home from a hospital stay without being sicker than you were when you went in.

What Janitors Want Us to Know

Janitors always hear about when there’s a problem or when someone goes wrong in the building, but they very rarely hear people acknowledge their daily work. Janitors want the public to know:

Most of all, be sure to thank the janitors for their hard work. It can be a thankless job but if COVID has taught us anything, it’s that cleaning staff play a crucial role in keeping the public safe.