Scale Formation in Toilets and Urinals

Ugly stains in your toilets? Here’s what it is & how to prevent toilet scale & stubborn stains.

What is the unsightly build-up in your toilets and urinals? What is the best way to get rid of it? And more importantly, how do you prevent it? 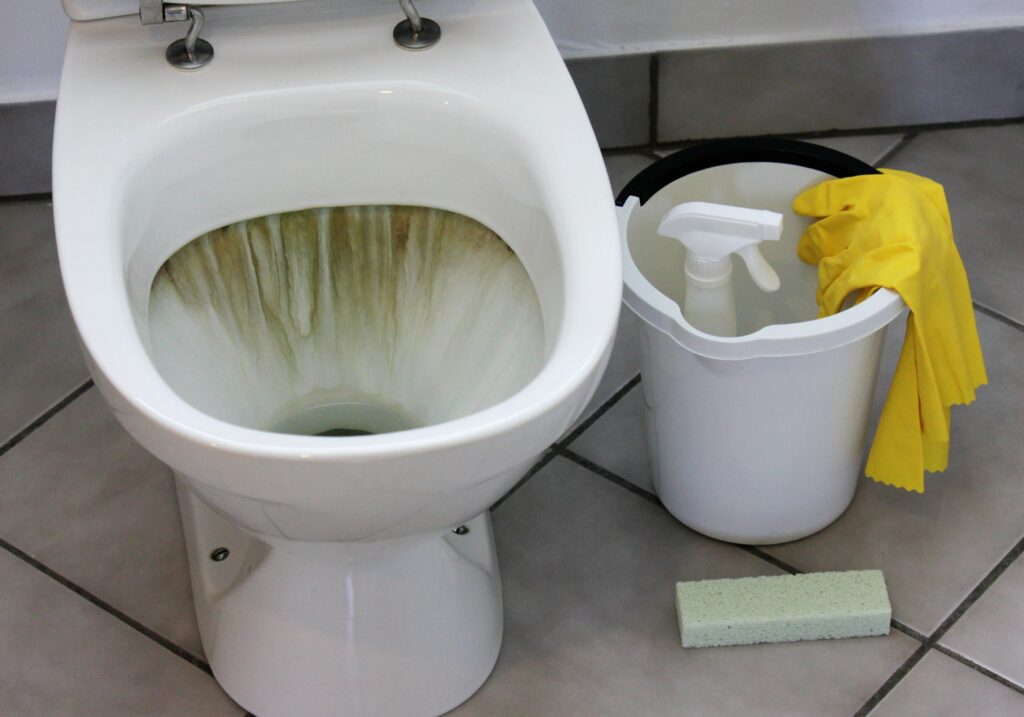 If you have reddish, brown or even gray stains in toilet, the culprit is most likely limescale and urine scale.

Repeated use of a toilet creates a build-up of urine and hard water deposits in the toilet bowl. A frequent cause of smelly drains and dirty toilets are urine sediments. Urine scale occurs as urine particles build up on the porcelain. As hard water evaporates, it leaves behind calcium and magnesium deposits which combine to form limescale. Limescale is a hard deposit of minerals with a chalk-like appearance. The harder the water in your area, the more likely you are to find limescale.

The hardened mineral scale is difficult to clean completely, especially in the case of deposits under the rim. Toilet scale mainly consists of calcium phosphates, struvite, calcium carbonate, uric acid and proteins. This creates a breeding ground for odor-causing bacteria and mold.

Scale buildup is not just unsightly, it can damage appliances

If not cleaned regularly, limescale results in heavily stained appliances. These deposits form faster when urine remains in the toilet. Limescale buildup can cause minor to major problems, including pipe blockages, cracks, and improper flushing.

The most serious consequences of scale buildup posed by limescale is, as deposits build up they slowly restrict the flow of water in pipes, taps, shower heads, kitchen appliances such as dishwashers, and your toilet.

Limescale deposits can build-up on ANY surface that comes in contact with hard water. This includes your toilets, taps, shower heads, pipes, plugs, and even kitchen appliances (i.e. coffee makers, kettles). If not cleaned away, limescale restricts the flow of water and reduces the efficiency of your appliances.

Public restrooms present a number of challenges for cleaning professionals. The most common culprit of public restroom odors is not what you may think (💩).

The #1 cause of restroom odors is actually urine.

To make sure your restroom looks and smell good, toilets must be cleaned frequently to keep urine scale and bacteria at bay. Urine scale is a build-up of urine sediments in the toilet bowl caused by a chemical reaction between uric acid and limescale. It becomes a breeding ground for bacteria, creating bad odors that are tough to eliminate. 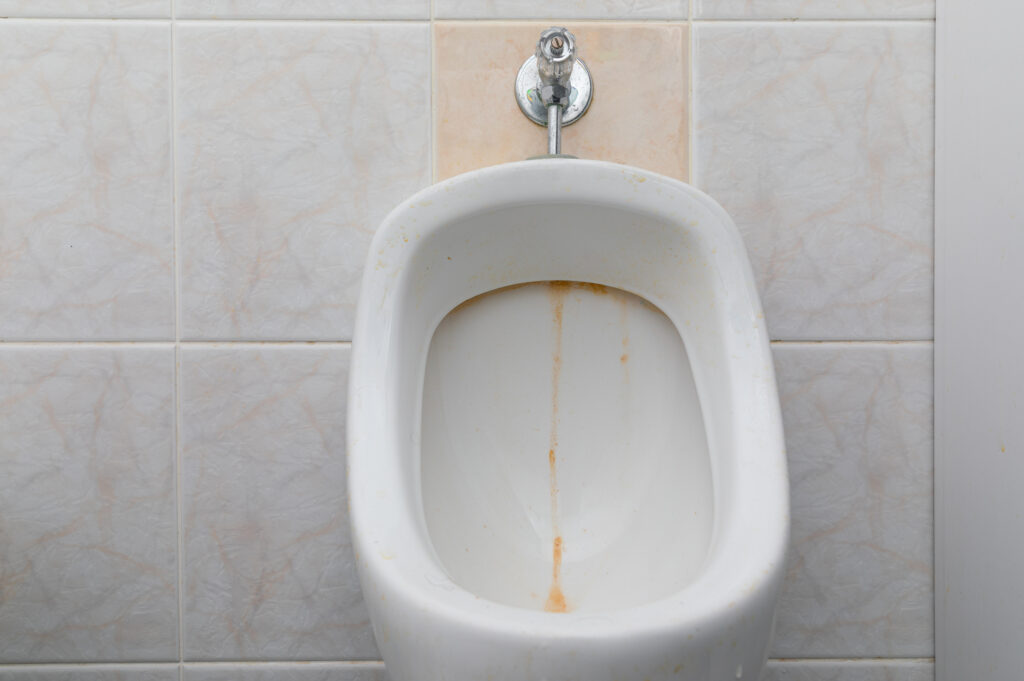 The limited waterflow of urinals can exacerbate urine scale. The decreased volume of water causes urine to sit longer on the porcelain, failing to wash away scale deposits. This makes the urinal dirty and blocks pipes. Additionally, urine scale attracts bacteria which causes more odor problems. When urine builds up in the porous grout lines in and around restroom fixtures, odors become even worse.

There are many websites that go into great detail on how to remove scale build up. You will find everything from removing scale with razor blades and sandpaper to letting the bowl soak in a mixture of baking soda and vinegar overnight. The best thing you can do is prevent scale buildup before it occurs. However, cleaning your toilets constantly is not just unpleasant, but it’s often impossible in heavily trafficked public restrooms.

For this reason, we recommends our AeroWest or OdoSan drip systems. These units automatically releases powerful cleaning, descaling, and deodorizing agents to keep fixtures clean and hygienic between janitorial cleanings. 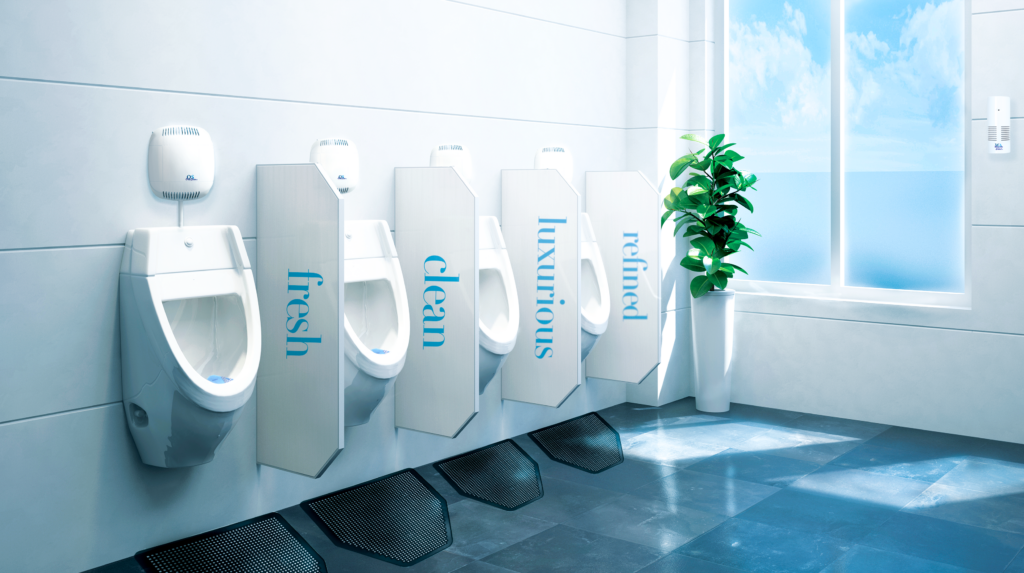 AeroWest has two drip units for preventing scale buildup & eliminating odors, the AeroWest and the OdoSan (pictured above). The AeroWest is our first full-size drip system and the OdoSan is a more compact system for use in upscale restrooms.

Learn more about our restroom services.